BEFORE you take advantage of one of your oven’s most “convenient” features, listen to a dire warning from home experts.

It’s not just home pros who are against using the function, either – appliance technicians, firefighters, and even doctors say that it’s a safety hazard.

When TikTok user Sidney Raz first learned about his oven’s self-cleaning option, he couldn’t wait to tell his 3.4million followers, who tune in for his ongoing series of tips and tricks he didn’t know until he was in his 30s.

In the initial video Raz posted, he admitted to not knowing about the oven’s self-cleaning function, then decided to give it a try.

He set the oven to the self-cleaning function, then checked in periodically through the three hours the cycle took.

“It’s pretty smoky,” he reported at one point, even though he was running a fan in his kitchen to clear away the smoke and fumes. 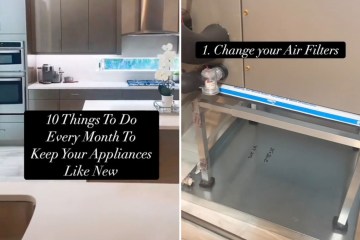 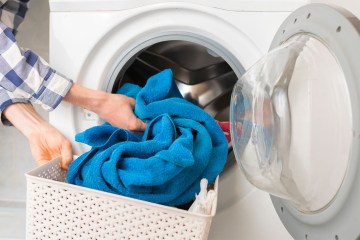 By the end of the self-cleaning cycle, Raz was impressed by his shiny, clean oven – but the comments section erupted with warnings from concerned viewers.

“My cousin did this,” one viewer warned. “The next day her and her boyfriend were sick, nausea, fever, flu-like symptoms.”

After consulting with a medical professional, the couple learned that fumes from their self-cleaning oven had left them feeling sick.

“Be super careful with that,” another commenter wrote. “It can destroy the temperature sensor on your oven or start a fire.”

Other appliance repair professionals and foodies backed up the warning, begging Raz not to risk ruining his oven.

“Speaking as someone who fixes ovens for a living, self-clean is actually pretty dangerous and I don’t suggest using it,” a viewer said.

More experts chimed in with information about the safety risks a self-cleaning oven can pose.

“Firefighter here,” wrote one viewer. He warned that a “smokey” odor or other gaseous smell could be a sign of high carbon monoxide levels. “Do NOT do this,” he begged.

Pet owners and parents warned Raz that if he had animals or small children in the home, running the self-cleaning setting on the oven without proper ventilation could make them sick.

In a follow-up video, Raz responded to the hundreds of comments he received warning him against using the self-cleaning function.

“Don’t do it. Don’t use self-clean,” Raz said. He listed off the various experts who had weighed in on his short video.

“Oven technicians, firefighters, EMTs, doctors, all say don’t use self-clean as an option,” he explained, making sure his viewers knew about his changed stance.

Raz said that, even though it was convenient, he wasn’t willing to risk damage to his home or his family by using the self-cleaning function. “I’m never using self-clean again,” he swore.