Motorola’s Edge 30 series consists of a vanilla and Pro model, and one of the smartphones it’s expected to add to the lineup soon is the Motorola Edge 30 Neo that has popped up on Geekbench with its key specs. 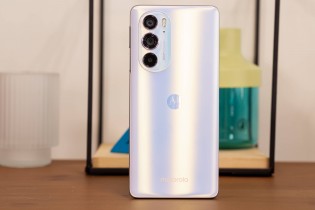 According to the benchmark database, the Motorola Edge 30 Neo is powered by an octa-processor clocked at up to 2.2GHz. The smartphone has 8GB RAM and runs Android 12, which will likely be marketed as a “near-stock” version of Android. 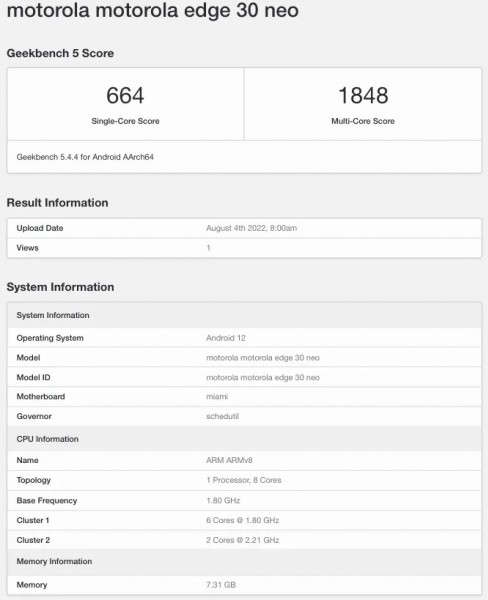 Geekbench doesn’t reveal any other specs of the Motorola Edge 30 Neo, but rumors claim it will be a rebranded Edge 30 Lite, which, too, is yet to go official.

The smartphone will pack a 4,020 mAh battery with 30W charging and feature three cameras – a 32MP selfie shooter on the front and a 64MP primary camera on the rear, joined by a 13MP ultrawide unit. A leaked image of the Edge 30 Lite revealed the 64MP camera will have OIS.