RUMOURS have been swirling around over who will host ITV’s possible reboot of Big Brother.

Naturally, former presenter Davina McCall had her name thrown into the mix, and ex-Celebrity BB winner Rylan Clark was also in the frame.

But I can reveal bosses have comedian Mo Gilligan near the top of their wish list.

A TV insider said: “He has the one thing that any Big Brother needs — pure on-screen energy.

“Although Rylan and Davina have that in bucketloads, producers are keen to make a fresh start with the show.

“So they want a host who is not associated with the reality show’s previous incarnations. 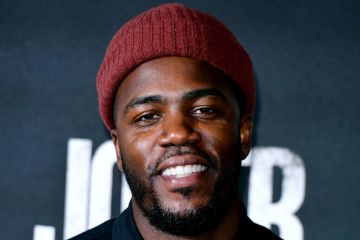 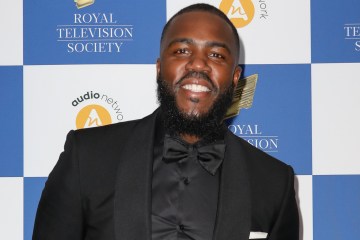 “They also want a cool figure who is going to hook in the younger viewers the reboot is likely to appeal to.”

The Sun exclusively revealed in April that the show was set to return on ITV2 in 2023, five years after it was axed.

But negotiations are still under way and the top job of presenter is still up for grabs. The series was previously screened on Channel 4 and Channel 5 by Davina, Brian Dowling and Emma Willis.

ITV is looking towards its own pool of talent.

Mo has been a popular addition to its primetime Saturday night shows The Masked Singer and the more recent spin-off, The Masked Dancer.

He is becoming one of the most in-demand presenters, particularly after hosting his own successful Channel 4 chat series, The Lateish Show, since 2019.

Mo will also be hosting a reboot of The Big Breakfast with AJ Odudu.

That comes after a successful “one-off” episode of the old morning favourite for C4’s Black To Front day last September, which was part of the channel’s commitment to improving black representation on screen and in the industry more widely.

It was filmed at the former Big Brother house in Bow, East London, where the first two series were made in 2000 and 2001.

I reckon Mo would be a fantastic signing.

But ITV bosses had better be quick or they’ll discover he is already booked up from here to retirement.

But after taking part in a medical study they became experts on nutrition, bacteria and, you guessed it, everything to do with the gut.

They will be back on our screens as hosts of new Channel 4 show Know Your Sh*t.

The pair said: “We’re bursting to take everyone on a journey of discovery, to educate, inspire and change lives like it has ours.”

One aim is to shatter the taboo of checking our poo. It’s a message that became the battle cry of Dame Deborah James, who died this week of bowel cancer.

Know Your Sh*t could not be more timely.

GEMMA WHELAN is back as DS Sarah Collins in a new series of The Tower, the ITV crime drama based on Kate London’s novels. Tahira Sharif also returns as PC Lizzie Adama as they try to find a missing schoolgirl who disappeared on the day of Princess Di’s funeral.

CORONATION Street writer Jan McVerry has told how she had to battle sexism and other prejudice when she first joined the ITV soap in 1991.

She told the Corrie podcast she was told not to speak in meetings and, when she did, it was not just her gender that was held against her.

Liverpudlian Jan, whose work won her the Tony Warren Award at last month’s British Soap Awards, recalled: “A point came up in a story and I thought, ‘What if we did this?’

“So I spoke and it was a tumbleweed moment. It was about Steve McDonald being in a car crash and I went, ‘What if they swapped seats and it ended up being an insurance scam?’

“One of the writers said, ‘That’s a very Liverpool story’. Which I was offended about at the time.”

OTI: IT’S A NOGOGO WITH ANT

IT’S a surprise to hear Oti Mabuse throwing even the slightest bit of shade – as she is known for being one of the loveliest people in showbiz.

But that’s just what the former Strictly professional dancer does on Channel 4’s The Lateish Show With Mo Gilligan tonight.

Oti was asked which of her partners on the BBC1 contest she least liked, and replied: “OK, they weren’t worst, and I didn’t dislike them.

“We just didn’t understand each other and we didn’t last long. It was my first celebrity. I’ll say Anthony Ogogo.

“We just didn’t know each other really well. He came in with an injury, so it was really, really hard for him. That’s it. Yeah, first voted out.”

Even when she’s naughty, Oti is still really nice.

One treat is 2015 gangster movie Legend with Tom Hardy as both Ronnie and Reggie Kray, as well as 1976 David Bowie flick The Man Who Fell To Earth, and 2013 comedy film Partridge: Alpha Papa.

IT may only be July, but the BBC has just announced a gem for its festive schedule.

It plans to bring Charlie Mackesy’s bestselling illustrated book The Boy, the Mole, the Fox and the Horse to life as a short animation.

Hollywood actors Tom Hollander and Idris Elba are both on board.