A MODEL has revealed how she was bullied and called ugly as a kid before being signed by top agencies – but she still gets body-shamed for being slim.

Isabella Demaj shared a recent TikTok that included a flashback to herself as a child.

Demaj captioned her video: “Wish I could give her a hug.”

She was referencing herself when she was a kid.

In the first half of her video, she showed clips of her modeling and looking successful.

Toward the end of the video, she flashed back to a picture of her younger self before she became a model. 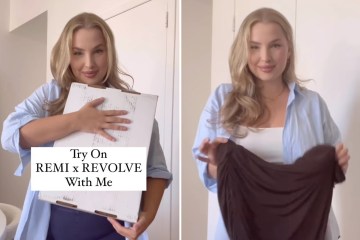 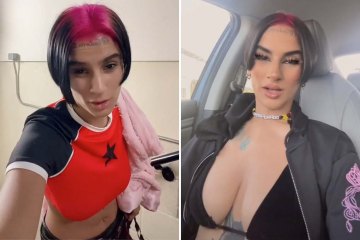 She wrote over part of the video: “So the kids at school were wrong about me being ugly?”

One person commented: “You are and were so Fu**ing beautyfull omg.”

Demaj posted another video of herself as an adult and shared her more recent experience of body shaming.

Demaj poses at a side view in her video to show her slim figure.

She included a quote that she frequently hears from people: “You can’t get body shamed because skinny is the new beauty standard.”

She captioned the clip: “Because that makes sense apparently.”

“Bbl is the new beauty standard,” one person commented.

The term “bbl” is an acronym for a surgery called a Brazilian butt lift.

There were other mixed feelings about Demaj’s video.

“People really trying to find ways to be oppressed,” one TikTok user said.

“It doesn’t matter what body type any girl has, it will never be good enough. We need to stop invalidating others insecurities period,” another follower wrote.

Another commenter said: “doesn’t matter what the standard is, shaming is shaming.”

The video about body shaming garnered more than 2,700 comments.